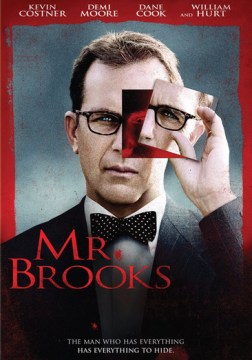 I think this was one of Kevin Costner's best films he ever did in my opinion. A story of a man who had it all and was a major success with a loving family. But there was a part of him no one knew about that he kept hidden and didn't want anyone to know about. He tried so hard to end and/or stop this part of him that was bad and it felt like a lost cause because no matter how hard he tried it seemed to get the best of him. Can he end his bad ways or will it consume him for all time?

An otherwise fairly astute girlfriend tried to convince me that Cosner could not act. Granted, that was almost 20 years ago, but in the movies before or since I've rarely shared her view- But THIS MOVIE... ALSO does not dissapoint, agreeing with many previous reviewers. Cosner is perfect for (acting out) the character, although in the bonus section, he said he had a hard time relating to certain of his attributes- well, what else was he going to say (heheheh!) - nahhhh, ok, Kevin, dark humor here :-)

Quite entertaining but the ending could be better.

Iteradose, Look at the year this was released - 2007 Dexter has not even started yet.

I really enjoyed this movie, many aspects are compelling; the story, the actors, the sub plots, and of course the expected ending.

Without question, Mr. Brooks has got to be one of the ultimate, most tedious, most asinine, and most pathetically unscary serial killer movies that I have ever-ever seen.

Unfortunately, in Mr. Brooks, the viewer is sadly expected to believe just a little too much nonsense - From the preposterousness of Costner's dual citizen role - To the demented revelation that daddy dearest's daughter is following in his killer footsteps - To the ridiculous introduction of a blackmailing Peeping Tom - To Detective, Tracy Atwood, a despicable cow who has no respect, whatsoever, for a citizen's legal rights - This film was worthless rubbish all the way through to the bitter end.

Boy, are Costner and Hurt ever showing their ages in this film!

I saw this movie for $3.99 one day at Entertainment Outlet Center. Based on what it said about the film on the back cover i bought it. I also thought that any film with Kevin Costner would be ok or better. This film is certainly worth the money i spent for it and then some. I liked the story and i'm glad i watched it on my HOMETHEATER!! One thing did catch me WAY off guard, was the sound of the handguns. The engineers really kick the sound up. Having those handguns sound like cannons. But this film is really about the story and i enjoyed it. I'm giving this movie 4 stars. Very good story, good audio for weapons, and a nice price. General Hso chicken with white rice, dumplings, an egg roll, and chinese tea.(that's what the lady working in the store called it)

An obvious attempt to capture some of the success of the Dexter TV series. Weaker plot but better acting than TV story it copies.

this guy is wicked bad w/machine percision. I would not want to getted picked in his lottery nor watch this if I was already paranoid of my neighbors.

This movie kept me on the edge of my seat every minute! This is a great film that shows Kevin Costner at his best. William Hurt is also good as Marshall, Mr.Brook's partner in crime.

With intertwining plotlines and surprising twists, you will not be disappointed.

I highly recommend this film.